SWR Blog Crawl: If You Feel Good About Yourself, DO IT! 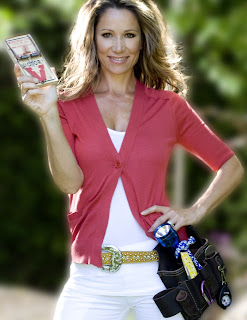 Today is Day 4 of the first-ever Single Women Rule blog crawl (which is kind of like a pub crawl with blogs instead of pubs), so if this is your first time at Dating Advice (Almost) Daily, I hope you like what you see. Do come back!

It's my good fortune to post this article by Maryanne Comaroto, who says "great relationships come from within." If you've been with me for a while, you know it's a philosophy I live and breathe.

After you finish reading, do yourself a favor and check out Maryanne Live for more resources for creating fulfilling relationships, starting with that all-important relationship yourself.

If You Feel Good About Yourself - DO IT!

Ever notice when you’re with some people, you feel contracted, self-conscious, worried that who you are is somehow flawed or not enough? And then there are other folks, in whose presence you feel just the opposite. You feel relaxed, expanded, closer to the best version of yourself; natural, free and enough! What is it about the first group of people that entices us to still spend time with them? Or – and here's perhaps a more relevant dating question – why in the WORLD would ever choose to get into a relationship with the former? As a matter of fact, this perplexing twist turns out to be as simple as it is complex—and I am inclined to move towards the simple understanding in this moment.

I'll illustrate it with a story from one of my students who recently started dating again. Her self-care practice is stronger than ever. She knows who she is, what she wants and has a relationship plan and tools in her relationship tool belt. She is gainfully employed, has other work filled with her mission and purpose that she is building on the side, lives where she wants, takes care of her body, puts good things in her mind and prays for guidance. But, like all of us, she struggles from time to time when trying to decide who she wants to be with. Like many of us she is still attracted to what looks good and feels good, but perplexed about why that almost always leads to: “Makes me feel bad about myself in the morning.” And even though she has made her list of non-negotiables and written extensively about the character and makeup of her potential partner, she turns into a deer in the headlights when a certain type of person enters the scene. And forgets all that, as though she’s got temporary amnesia.

My student was confronted with just such a perfect example recently when she told me about two men she was attracted to and interested in:

One she had known casually over some years, the other she met randomly (although at the time she believed their meeting was serendipitous.) The first person was handsome, courteous, grounded, and his words were consistent with his actions.
The second gentleman, while their initial meeting was considerably more electric, was not entirely who he made himself out to be. Turns out, while he was interested in getting to know her, he was not available for a relationship, nor did he call when he said he would.

She shared with me the truth about their meeting, and that she could feel how this guy was like the type of guy she was traditionally attracted to. And at the same time as she recognized this, she also saw that she felt bad about herself almost immediately after meeting him. Whereas bachelor number one has been consistent, even and honest. Fortunately, because today she loves herself and wants a great relationship, she snapped out of it.

♥Sometimes we just got give up the flames for the slow burn!!!

I said this was going to be simple and really, honestly, it is.

Is it true these folks that “bring out the worst in us” have something to teach us? Yes. Or that they are mirroring a part of ourselves that perhaps we do not like? Yes, that is also true. Or that you don’t always, every second of the day, love or like who you are, so therefore it would be unrealistic to think that you would feel in love with yourself in this person’s presence every moment you are with them. Also true.

However—and this is a big however—Why choose your primary love relationship to be a battlefield of personal development if you don’t have to? In other words, if you want to “work on your issues” why not deal with your childhood wounds or mom/dad material head-on? You don’t have to find a mate that rings your bells. Go to therapy. Delve deeply into your subconscious mind and free yourself from these imprints, low self-esteem or self-worth issues. You don’t have to spend your precious time with, have sex with, move in with, or marry them.

Changing certain self-defeating behavior is, like I always say, like pulling a jet plane out of a nose dive. But do not fret. With enough persistence and a daily practice of self-love you are sure to eventually prevail and, like so many of us converts, ultimately make better and better relationship choices, in all areas of your life! And I will keep you posted on our hopeful bachelorette!

For more information on my daily practice and the seven essential truths for waking up and staying awake, check out www.maryannelive.com