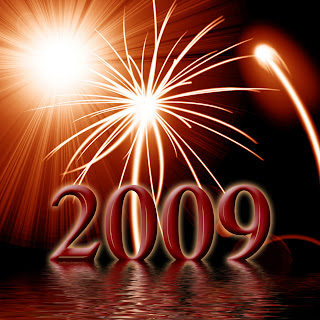 This is a response to an anonymous comment I found on Dating a Widower. I'm responding here because I don't like the idea of anybody being frightened ever, let alone on New Year's Eve:

Now I'm really frightened. My "friend" lost his wife of 25 years after a long illness. She died 4 months ago also. Stan and I knew each other for years before she died, and I actually went to school with her and liked her very much. Russ and I have been dating for only a month, but it seems like the relationship is moving along in a nice way. We talk about his wife often, and I am very comfortable with it and his feelings. I have asked him several times if he thought he were emotionally ready to date since it's only been such a short time.

His reply was that when his wife was diagnosed with cancer 2.5 years ago his marriage changed, that he became her partner, care giver, support system. That he has been grieving the loss of his marriage for all that time. Russ and his wife had a good marriage and I have no doubt would have been married forever had she not have died. Maybe I am fooling myself, but when we talk about her it seems very natural, healthy, Russ talks about everything, not like she was just a saint, but the not so great things about their marriage too. We laugh and we get sad.

Russ says that some people don't understand that he isn't openly grieving, but that they don't understand about the greiving he has done for so long. When she was sick and I would run in to Russ, he would talk to me about her and the things they were going through at home, trust me he was grieving. I guess what I'm asking is, can he really be ready to be in an exclusive relationship, or am I to look forward to the backing in, backing out times, do I quit seeing him and give him the public grieving time he really doesn't want? Be his friend? Geezzz I'm so confused now after reading the other blogs. Please help me.


You know what, Anonymous? He says he's ready. He's acting like he's ready. Maybe he really is ready.

The tricky thing about relationships (whether you're dating a widower or not) is that there are never any guarantees. Not for me, not for you, not for Brad Pitt. Some relationships work out and some of them don't.

There's some comfort in that.

So far this man has given you no reason to doubt him, so enjoy yourself. Take things day by day. See what happens.

Best wishes for a fabulous new year filled joy, health, and prosperity.
Posted by Terry at 10:55 AM 1 comment: