When Your Love's Dishonest 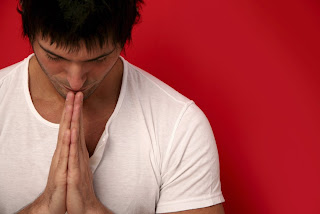 This email came from a guy, but I'm pretty sure we can all relate:

If your girlfriend does something dishonest, what's the best way to handle it?

It depends on what they did. If the person in question snatched a shot glass from a bar, I'd be turned off. But if I really liked him (or, in your case, her) I'd probably say something like, "That's stealing, isn't it?" and listen carefully to his response.

Eh, who am I kidding? I probably wouldn't date him again.

As for people who lie, I don't have much patience for them, either. If a guy told me I looked great even if I knew I didn't, I might chalk up his lack of honesty to kindness, but I'd think twice about asking his opinion again.

Since none of us is perfect, it's possible that a stupid fib will pop out of someone's mouth during a moment of insecurity, and that's probably okay as long as the person takes pains to be honest in the future. We're all capable of little lapses in honesty -- in our words and in our actions -- every now and then. It's how we handle ourselves afterwards that matters. We must strive to do better the next time.

But if I were with a guy who lied to me (or to anyone else) as a means of getting through the day, I'd definitely kiss him goodbye.

Life is complicated enough without having to figure out what's real and what isn't. When you're in a long-term relationship, it contributes greatly to your piece of mind to be able to trust your partner. You can't build happiness on a shaky foundation.

In case you're wondering if I ever lied to my husband, I did. Once. I made up some silly story to get him to a surprise party. While he really enjoyed the party (and the gesture), he did express concern about how well I lied to him about it. It did make him wonder what else I was capable of lying about.

I made it a policy never to lie to him again, and I hold him to the same standard. Years ago, I fell in love with a liar, and it cost me many months of sleep, not to mention my self-esteem.

If you're an honest man, you deserve to date an honest woman. She's out there. Accept nothing less.