Jerks Who Sometimes Show Up in Bars 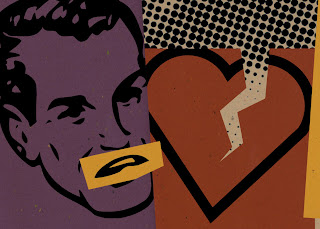 Today's "Dear Abby" featured a letter from a psychologist who has lately been getting calls from men looking to talk to one particular woman.

Apparently, the woman meets these guys in bars. Either she's too timid to reject them outright or she's a sadist, and so she hands them a trusty phony phone number which, it turns out, belongs to the psychologist. Now the psychologist is rattled about having to field numerous texts and messages from Miss Chickenheart's ardent admirers.

I've known women who do this sort of thing, and I've heard there's even a phone service they can use to do their dirty work. They use some guy for free drinks all night and give him the service's number instead of their own. Then, when he calls, he gets some horrific canned message announcing that the object of his affection never wants hear from him again.

But guys pull this crap, too. A good friend of mine once seriously dated a guy who bragged about going to bars to see how many women's phone numbers he could collect. At the end of the night, he'd count them up and rip them into pieces. What a rush!

Seemed a bit psycho to me at the time, but the fact that he'd kept my friend's number made her feel like she'd bagged a shimmering prize. She continued dating him until she found out he was seeing someone else: His stepsister.

Which made me wonder if the stepsister was the type who imparted fake digits to unwitting admirers. Because a girl like that has something in common with the guy who collects phone numbers with the sole aim of destroying them.

They're jerks, and they deserve each other.
Posted by Terry at 8:28 AM 5 comments: