She's In No Rush to Get Married--Is She Weird, or What? 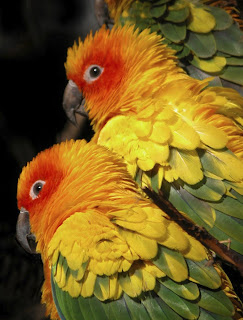 I guess that first I would like to commend you on the advice you give others with their pressing life's questions. You seem to analyze things the same way that I do, and I guess that's why I wanted to come foreward and ask you a question of my own.

First off I am only 21 years old (still very young I know), but I've recently found out that my views on marriage are so much more different than everyone else's that I have come across. I have been with my boyfriend, the love of my life and my best friend, for two and a half years, and unlike most people I am not expecting an engagement ring any time soon. I don't feel that we have been together long enough to receive such a gift.

I read about people wanting rings after only a year or sometimes even less and getting them, and it makes me nervous in my stomach. Forever is a very long time and to base so much on such a short time would make me uneasy.

But on another note there is no doubt that my boyfriend and I will be together forever as we tell each other often. We share dreams of having a home, children, dogs, and maybe even some day a cottage by a river. We sometimes lay awake a night and collectively daydream about what dreams we have the future (now if we can ever agree on a son's name lol). He's the best thing that has ever happened to me, and I cannot imagine my life without him. I feel like as long as I have him, and we continue working towards our future I'm happy and don't need anything else, and I know he feels the same.

But then there is the topic of marriage. Currently both of our parents are going through nasty separations. My parents are separating from a 22 year marriage and his mother is divorcing from her second marriage, this one of 16 years. Both of our mothers are already dating and have not had communication with us in almost a year. We're both going through the same thing, and so have been able to offer each other a lot of support. But I think that these ordeals have made us both afraid of marriage.

Through the past 2 and a half years with him I've realized that I don't need a ring to prove that he loves me or that I love him. That we don't need a piece of paper to stay together forever and to make each other happy. We both put equal parts into the relationship and keeping a happy home with our two cats. I realized that the only reason I would want to get married would be to have his last name and to wear that beautiful dress, and I really don't need either. As long as I have him to make me laugh, to share my dreams with, to hug me when I cry, and encourage me when I'm down I don't see why I need a ring and a rock. Am I completely crazy and off the radar that I'm not crying for a ring?

Sure some days I often think that the party would be fun and that our relationship wouldn't change with marriage (just because we're both so aware of what happens) but is it wrong or odd of me to not feel pressured to be married by society and family? For me to not become crushed if there's not a promise ring for me in a box under the tree (We always agreed promise ring before engagement ring and puppies before babies)? I almost feel like a black sheep.

When we talk about how we feel about marriage I feel fine but then when we're around all of our friends who are engaged and having children, they laugh at our idea and are taken back by the fact we're not in a rush to get married. Why does it make me feel like I'm weird? I read these questions about people ready to end a six-month relationship because they don't have a ring yet, and I can't help but wonder why I have no desire to get one. If he ever asks my answer is yes because I know we'll get through any problems together, but will we ever get over our fear of marriage?

I know its a long email but you seemed like the one person I could explain my problem to without any ridicule. There's multiple problems in this I know. The fear of marriage and the pressure of society. Its a small problem compared to some but I just need to know that I'm not weird (Which I use the word weird for lack of another more fitting word). I hope I didn't confuse you too much, and I hope I hear from you soon.

Thanks for the kind words.

Now, do I think you're weird? On the contrary, I think you're smart, self-aware, and show incredible wisdom for a person of any age, let alone 21 years.

Let's talk about your age. You're 21, and society chides you because you're in a relationship but not pining for a ring. You're barely out of school, finding your way in the world, deciding what's right and what's not right for you, and somehow this makes you weird.

But you're not. You haven't allowed other people to make decisions for you. You know your own mind. You are to be respected, not chided.

Now about the fear of marriage. Again, you're 21. Your parents and your boyfriend's mother are in the middle of what you term "nasty" divorces. Well, really, who in your position--and in her right mind-- wouldn't think twice before she legally bound herself to another person?

You and your boyfriend, on the other hand, seem to be working out very carefully what you want out of life together. Believe me when I tell you that so many engaged and married people don't have the conversations you're having. They buy a ring, buy a dress, and wing the rest. They wake up a year or two years or five years later wondering if one or the other is ever going to want children, or if they're ever going to agree on when to swap the one-bedroom in the city for a house in the suburbs.

Eventually, a lot of them give up trying to convince the other and divorce.

Will you ever get over your fear of marriage? I don't know. You and your boyfriend might consider counseling to work through your very natural and intelligent concerns. Or you may just keep going at the pace that feels comfortable and see how things unfold.

All the very best to you,

Terry
Posted by Terry at 8:13 AM No comments: