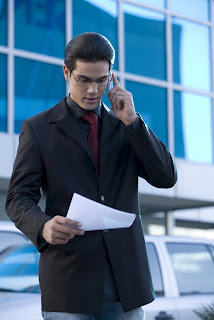 I met this guy three months ago who says he really likes me. He's 30 years old, handsome, and has a very nice well-paying job. When I met him, he was living in another town, but he said he has had no girlfriend since June last year. One day I told him that I would like to visit him, and he told me that I couldn't visit him there unless when he moves to a new town - which is where I live.

This guy is now in the same area where I live. His house should be about 10 minutes drive from my house, and yet he has never invited me or given me directions to his house. He calls me every few days just to say he likes me and is thinking about me. He passes through my house once in two weeks for about 30 minutes just to say hi. I have asked him whether he has a girlfriend, and he has said no. He says I am the one he would like to be his girlfriend. Since I am just coming out of an abusive relationship, I don't want to make the same mistake twice. I find his behavior very suspicious and would like to cut him out of my life before things progress.

His looks are very tempting, but I would rather consider his character and personality first since I was deceived by looks before. I ask myself why he hides his house-what else is he keeping me from knowing?

His behavior is suspicious, isn't it? I haven't called or returned his calls for over a week because of my suspicions.

Your instincts are excellent. This man's words do not match his actions, and I wouldn't waste another minute thinking about him until they do.

Since you've suffered an abusive relationship, you're right to be careful. I'm sending you an article about how one person got past a similar experience. I hope you'll find it useful.

Thank you for writing.

All the very best,