He Didn't Keep His Word 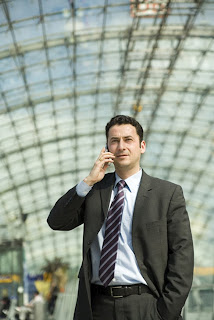 Have been corresponding with a guy for nearly a year on one of those social utility sites ( Facebook!)..he lives in a different state, but visited my city recently on his way to visit his parents for Christmas.

We met for dinner..which ended with our spending the night together..and him saying he wanted to see me again on his return.

Never to be heard from again!

I am feeling as if I want to delete him from my FB friends list..I am feeling hurt that he didn't have the courtesy to let me know he would not be keeping his word...

What would you do, Terry?

Has this guy updated his Facebook page in the past few days?

If so, he's still alive, and there's really no excuse for his not keeping his word. And if he's alive, I agree with you: It would probably be best to delete him from your list of friends because his behavior has been decidedly unfriendly.

I don't blame you for being hurt.

If you keep him on your friends list, you may be tempted to check his page every so often to see what he's up to. That'll only keep the disappointment fresh in your mind.

If you're afraid of being too hasty, I'd give him until Thursday to get back to you (two weeks to the day after Christmas). If he doesn't come through by then, I'd definitely delete him.

If he does manage to contact you in the meantime, I'd approach cautiously. He'd need a major excuse to make him worth your while (something along the lines of a death in the family or an illness). I don't think highly of people who make promises and disappear. Do you?
Posted by Terry at 9:34 AM 2 comments: