A Tough Proposal to Swallow 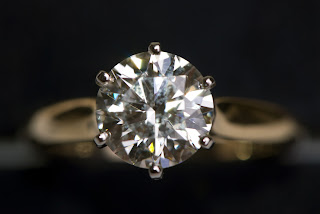 You know, where the guy hires a skywriter to spell out "LOLA, WILL YOU MARRY ME?" while you're minding your own business on the beach?

Or where the guy gets the lead singer in the bar you're hanging out in to give him the mic? And then pulls you onstage, gets on one knee, and whips out a ring?

You're so startled you don't know what the hell to do. You start blubbering (out of shock and horror and embarrassment, which everyone else in the place mistakes for relief and boundless joy). The word "yes" pops out of your mouth, which means you'll legally bind yourself to him because you don't want to embarrass the poor guy by saying, "no," or the smart thing, "I'll think about it."

Besides, you'd ruin a Saturday night for an entire roomful of people, and who wants that on her head, right?

The folks on Today reported on a recent stunt proposal that went wrong. Did the victim--er, woman--in question end up saying "yes?"

Of course she did.

Check out the video.

Visit msnbc.com for Breaking News, World News, and News about the Economy